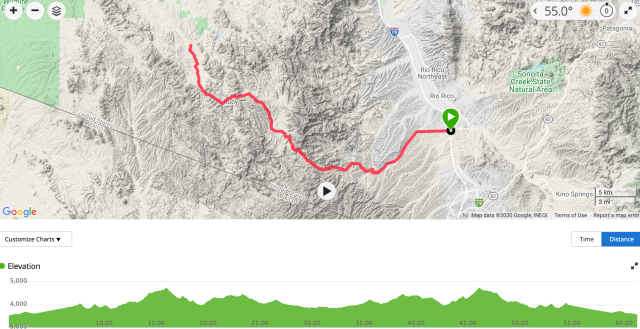 This is a fun out-and-back ride along a well-graded dirt in beautiful but undramatic country near Nogales. The first 10 miles are on a paved road, then you have 20 miles of good dirt road before the road becomes paved again. The out-and-back ride is about 60 miles with 5,800 feet of climbing.  I rode this 5/12/2020.

Drive down I-19 to Exit 12 for Ruby Road and Hwy 289. I parked at the Pilot gas station on the other side of the Freeway. You could also turn right as you come off the Freeway and park in the large dirt area just after the Frontage road.

The first 10 miles follow Hwy 289 west towards Peña Blanca Lake, in a generally uphill manner. There are a couple of downhills which make for painful riding on the way back 😢. At Mile Marker 10, turn left on FR 39, which very soon turns to dirt.

The countryside and views vary dramatically as you ride the next 20 miles to where the pavement starts again. Some areas are wide and open, others are tighter, in shallow canyons. Sometimes you don’t know where the road will go, and other times you see it stretching far out in front of you. 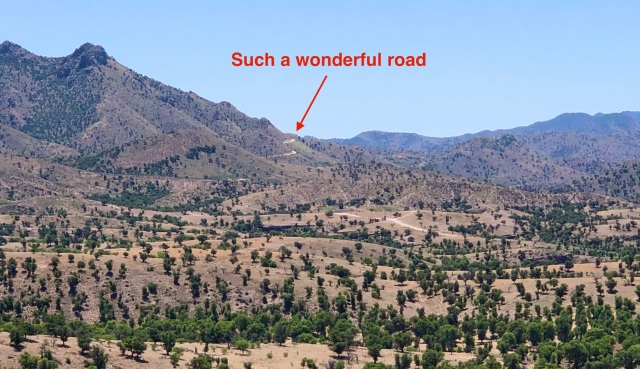 There are two main areas of hills as you can see from the elevation profile, with the eastern end having the longer, steeper climbs. Occasionally there will be some short steep pitches of maybe 10-12% but in general the climbs tend to be long and not excessively steep.

As you ride along the western half of the dirt road, you’ll pass the ghost town of Ruby to the left.

Another thing you will pass on this ride, or be passed by, is Border Patrol vehicles. At one point I counted 5 Border Patrol vehicles parked within a half-mile stretch of road, with a sixth parked a few hundred yards off the main road. In the same stretch there were also two vehicles belonging to vigilantes dressed in camouflage. 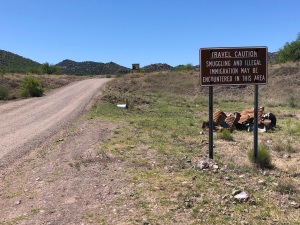 Apparently these mountains are prime territory for migrants coming in from Mexico and at both ends of the road are signs warning you of illegal immigrants.

As I rode, I was listening to the book American Dirt, in which Ruby Road plays a small part as the migrants cross into the U.S. near Nogales.

After 20 miles of dirt road, you reach paved road at a cattle guard that separates Pima County from Santa Cruz County. Turn around here and ride back the way you came. Alternatively, continue another 5 miles along the paved road to Arivaca then return the way you came. Or continue east along Arivaca Road and head down the I-19 Frontage Road back to your car.